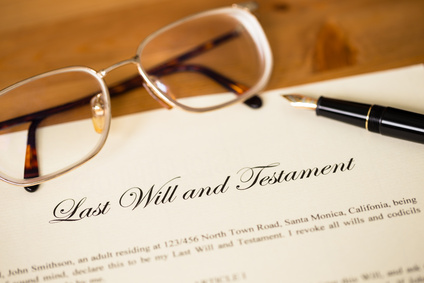 The COVID-19 PANDEMIC and SPECIAL DEALS for ALL NHS WORKERS

By 20th April 2020 at least a hundred NHS staff had already died as a direct result of the coronavirus. See www.theguardian.com/world/2020/apr/20/at-least-100-uk-health-workers-have-died-from-coronavirus-figures-show. So it is a sad inevitability that, as I write a week later, this already-distressing figure will have increased. And that, I hasten to add, does not seem to include social care workers who rather alarmingly appear to be routinely forgotten when it comes to COVID-19 statistics.

HOW MODERN MEDICS ARE EMULATING THEIR ANCESTORS

That used to be the case with nursing. When Florence Nightingale went to the Crimea (and, incidentally, she was born two hundred years ago on 12th May 1820 so we’re coming up to her bicentennial as I write) nursing was a pretty dangerous profession to be in. What we now know of as ‘barrier

nursing’ was only begun in 1905, a mere five years before ‘The Lady with the Lamp’ died and well after she’d hung it up. Thus until then there was always a very real risk of nurses contracting typhoid, cholera, or something equally deadly.

Indeed in the ‘equally-deadly’ stakes there were quite a few contenders for killers of dutiful Victorian nurses. Where do we start? These heroines (and it was largely the supposedly-weaker sex who demonstrated such heroism) would be no strangers to malaria and measles, tetanus and TB. And it’s easy to forget that, in an era before sulfa drugs (i.e. synthetic antibiotics) and the like, when the merest scratch on the battlefield was enough to kill a few months down the line, it was more often than not that good nursing made the difference between life and death.

And, because so many of these diseases have been communicable during the aeons (I suppose one should add bubonic, pneumonic and septicaemic plagues, smallpox, the Spanish flu, the Ebola virus, and AIDS), we really are speaking of bravery. Now, with COVID-19 (it’s easy to forget that it is only one of 7 coronaviruses doing the rounds), there’s a mass killer that could easily be as contagious as Spanish flu (which, just after WW1 also jumped the species barrier before infecting half of the world’s population and perhaps killing as many as 100 million though there are no reliable figures).

So we are living at a time when key workers have to be particularly brave. Sure, there’s a sort of pecking-order in respect of the public perceptions of bravery. People like postmen and bin-collectors are in there for sure. But right at the top of that pecking-order are NHS staff, the healthcare professionals who risk their own health and lives, and those of their families too, every day to help the unfortunate individuals who contract COVID-19.

The only difference between front-line troops, the sort who win Victoria crosses and the like for their exploits under fire, is that today’s military commanders don’t routinely send men (and women) into the front line without body-armour. Whereas currently it seems perfectly acceptable to send nurses into COVID-19 wards with inadequate PPE. I may not know a lot about logistics, but I know that in World War 1 we had almost 1 in 4 of the male population in the services (that was 5 million men from Great Britain and Ireland) and yet, even without computer systems and air freight, and when we started that war with only about 80 military vehicles (most of which would be staff cars), we still managed to supply everyone with food and drink, weapons and munitions, uniforms, hospitals and even fags though they were in other countries at a time when the only way most people got to go abroad was if they had the ill-luck to be sent to war. Good grief, we even used to kit these people out with reliable gas-masks and gas-capes. Yet now we seem, for all the supposed advances we’ve made, to be unable to supply those of the 1.1 million or so FTE volunteers on the NHS staff with what they need (e.g. masks) where they are dealing, within our own shores, with COVID-19. Is that ironic or what?

And this is, I feel, where the bravery comes in. Florence Nightingale recognised that nurses had to overcome a basic instinct to run when she wrote ‘How very little can be done under the spirit of fear’. For most people can easily be brave when they have little chance of being hurt. The truly brave ones are those who are ill-equipped and still do their duty. The ones who’ll run at a Panzer with a peashooter. That’s effectively what a lot of NHS staff are currently doing every day.

So, in short, I and my colleagues feel the frustration that those nurses, doctors and ancillary staff (and all the others; please excuse me not naming everybody but I am aware it’s a shedload of people) feel.

I and my colleagues are also aware, and here in Bedford we’re a really exciting mix of ethnicities, that those from Asian and Afro-Caribbean communities (be they British passport-holders or just those from the Philippines or wherever who appear to have chosen – chosen – to up sticks and come to work for the NHS when it seems to be in a perpetual crisis) are at an increased risk. That’s why so many of the 100 or so fatalities amongst HCPs so far are not white Caucasians like me. That is, I have to say, quite humbling.

Of course the British have always relied on such people in their hospitals and ranks during crises. One thinks of Mary Seacole, rather tardily voted ‘The Greatest Black Briton’ back in 2004 for her work back in the 1850s in the Crimea as the ‘ Jamaican doctress’ who set up and funded the ‘British hotel’ which nursed officers though she also provided assistance to those in the ranks on the battlefield. She was largely ignored though she was as inspirational as her contemporary Florence Nightingale. That sort of tacit racism would not, thank God, happen today. Or I’d hope not.

As to that heightened susceptibility for Afro-Caribbeans and Asians, it doesn’t seem like there is anything other than ill-luck going on here. I am reliably told that there will be a genetic susceptibility, in the same way that Creutzfeldt-Jakob Disease (CJD; the human equivalent of mad cow disease) struck those with a common single nucleotide polymorphism at codon 129 of the human prion protein gene (PRNP). And just as it seems like those with blood group A are more likely to have a bad time with COVID-19.

We at Goodwills, and absolutely all of us know doctors and nurses, cleaners and porters, are delighted that the government has just announced on 27th April that there will be a £60,000 payment to support the families of all such staff who lose their lives to COVID-19. We don’t think a single person in the UK would begrudge the bereaved families of our heroes and heroines that compensation. In fact we’d be all for doubling or trebling it if we could. Claps on Thursday nights are cheap. We can all put our hands in our pockets too. And not rely on a 99-year-old former soldier to salvage our consciences!

A WORD OF WARNING. DON’T DIE INTESTATE! WRITE A WILL!

And this perpetual threat of course makes it more important than ever that NHS staff write a will. Don’t die intestate (without leaving a valid will). It doesn’t really matter how much or how little an HCP might be able to leave if they lose their lives to COVID-19. We at Goodwills have time to help them ensure their affairs are in order just in case the worst happens.

A WORD ON FAITHS

Whilst many HCPs are notionally Christian, many more are not. Please remember that British law cannot be discriminatory. It does try to make allowances for different faiths in what is a secular state. Yet ultimately if anybody dies intestate, whatever their beliefs or lack of them, then the law has to work in the same way apropos the distribution of the deceased’s worldly assets.

So this means, for example, that whether you are ethnically Jewish and ought to have a Halacha will, or you’re Sunni, Shia, Alawi, Sufi, Wahabi, Korani or Ahmadiyya and need a Muslim will, or indeed if you’re Hindu, Buddhist, Sikh or Jaina and need one for your own faith, if you don’t arrange that it is quite likely that your wishes will not be respected after your death. Sure that could mean the distribution of assets. But even disposal of your remains may not be in keeping, without a will, with what you’d want.

Interestingly, of course, most faiths do have teachings in respect of the obligation for followers to write and lodge wills that are fair, that make arrangements for the needy, and reward good behaviour.

SPECIAL DEALS for ALL NHS WORKERS, INCLUDING THOSE of ETHNIC MINORITIES

Goodwills is already organising the following:

· Special deals for all NHS workers. That’s everybody with NHS identification including not only senior management and consultants but the rank-and-file nurses, porters, caterers and cleaners who are currently putting their lives on the line to look after others. We can organise basic wills for just £10 under the circumstances

· Online wills (coming soon but feel free to ask us about them now; you’ll hopefully be able to complete these online and witness by Skype, Zoom or similar)

· Special deals for mosques, temples, churches, meeting-halls (I’m thinking of the Quakers, or Friends) and synagogues. So we return a proportion of our fees (currently 20%) to the funds of any place of worship which introduces new clients from their congregations.

The upshot of all of the above is Goodwills knows that it, in common with many British businesses, ought to make a gesture to the HCPs who are currently recognised universally as ‘essential workers’.

We are also aware that many NHS staff and their colleagues in social care are at-risk so they would be wise to draw up wills given a crisis that could easily continue for not only months but years.

Moreover, because Goodwills has a multi-ethnic will team, it knows much more than most practices about ethic minority wills. And it can knowledgeably advise clients on how to comply with their own faith’s teachings – whatever the sect – without accidentally contravening British legislation that could potentially invalidate a will.

So I always advise people to pick up the phone and have a chat with Goodwills. We’ll be able to give some quick advice free-of-charge and then (if we agree it sounds like the basis of us working with them to draw up, safely store and execute any will) we can sit down together and hammer out a solution that makes great sense. Our contact details can be found at www.goodwills.net.