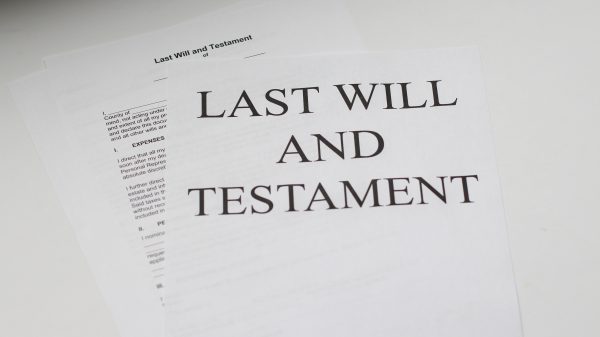 The 5 MOST IMPORTANT REASONS to MAKE a WILL

No more than a third of Brits have written a will.

So the rest of us run a very real risk of ‘dying intestate’ – or ‘kicking the bucket’, ‘buying the farm’, ‘shuffling off this mortal coil’ or ‘going to meet The Great Redeemer’ without a formal will.

Yet, as Harry Enfield used to say, “You don’t want to do that!”  And this article picks what are probably the 5 most compelling reasons for not making this mistake.

Most of the UK’s laws which say how assets are shared out after somebody dies are pretty archaic. They have not moved with the times. Many are about a century old. Indeed some are far older.  But, as we all know, relationships and families are no longer the same.

On this point, I should say that the whole history of marriage and responsibilities to spouses in this sceptered isle is fascinating. See https://en.wikipedia.org/wiki/History_of_marriage_in_Great_Britain_and_Ireland and you’ll realise what I mean. Probationary marriages in Scotland are an example, where if a girl didn’t perform to expectations a man could just give her back to her parents!

Back to the present, where there are no such misogynists’ charters, the average British marriage currently lasts for just a mite over 11 years. That doesn’t seem long. But compare it with Qatar where 5.5 years, or half that, is the norm. Though, actually, right now the trend is for those who marry (when many don’t) to stick it for a bit longer than in recent decades. See www.telegraph.co.uk/news/2016/12/05/117-year-itch-marriage-lasting-longer-divorce-rates-plunge/.

REASON NUMBER 2. UNEXPECTED DEATHS IN BRITAIN ARE ON THE RISE

Our own death is something akin to Monty Python’s Spanish Inquisition. Nobody expects it. And the graveyards are full of those for whom it all came as a bit of a surprise.

Obviously we all soldier on assuming it’s not going to be anytime soon (I have toyed with the idea of not trying to finish writing this blog on the basis that Good Lord might carry me away before I could do so, and you may likewise wonder whether it was even worth beginning to read it, but let’s hope we all have a little longer!) Yet it is going to happen to us all. It. Death. Eek!

You’d think that in the 21st century unexpected death was less likely. The roads are getting pretty safe. We’re not at war. We’re well-nourished and have a free-to-use health system. And the UK is not particularly susceptible to pandemics. Yet in fact unexpected death seems, for reasons that are not yet understood, are on the up. Back in March 2018 ‘The Independent’ reported that ‘10,000 more people than expected died at the beginning of the year in the UK – and no one really knows why’. See www.independent.co.uk/voices/england-wales-mortality-health-medicine-nhs-death-rate-a8256931.html.

Unexpected death is bad news. If you could ask any of those 10,000 people who popped their clogs in 2018, and there may be a similar number in 2019, they’d tell you this. And the bad news is not limited to the demise because invariably many of those who died before their time will have been caught on the hop. If there is no will they could easily have left a mess behind them with dependents and other loved-ones unable to readily access funds. Some survivors won’t be able to cope, being stricken by the double-whammy of grief and impecuniosity that might presage destitution.

Sadly the Bard, writing in what many take to have been happier times even though life expectancy in Elizabethan times was only about 35 (after which it may have fallen a little during the Jacobean era since by then smoking had caught on), got it wrong. Death doesn’t cancel all debts. Not now, anyhow.

Accordingly it is worth considering, and there’s no time like the present, how an Estate Planning expert could help you to prepare a will and possibly trusts that would protect intended beneficiaries from finding themselves saddled with the consequences of debts for which you may be responsible – including some debts of which you may, as you draw your last breath, be blissfully unaware.

REASON NUMBER 4. ONLY MARRIED AND CIVIL PARTNERS CAN AUTOMATICALLY INHERIT FROM YOU

Under current intestacy rules, those being the laws which apply if you have not organized a will and the ‘default’ position is applied, only married or civil partners can inherit from you. Other partners, including those who are supposedly ‘common law’ spouses, have absolutely no rights. And it is irrelevant how long you have been together. It doesn’t matter if you have had loads of kids together either. And it is by the bye what anyone thinks. So the only way to circumvent such a manifest injustice is to make a will. Otherwise the love of your life, if you do not have a civil partnership with them and you’re not married, could survive you but has absolutely no rights to assets including a right to stay in the home that you made and lived in together.

Under current intestacy rules there would be no provision for any step-children, even if they’ve been your step-children for yonks and you love each other to bits. The situation might be complicated by adoptive and fostered or even illegitimate children. So potential beneficiaries could include those you care for or would care for if you’d known they existed.

Dying without a will is asking for trouble. Read what happens at www.gov.uk/inherits-someone-dies-without-will. Yes you can write your own will. But that can easily go awry with calamitous consequences that make it a false economy to not use a specialist. So talk to Goodwills.