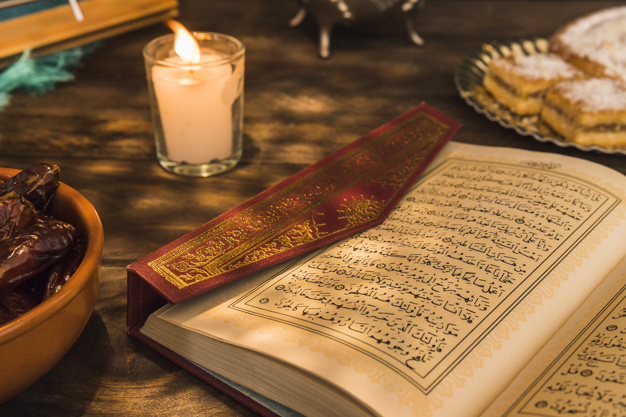 ISLAMIC WILLS and PRUDENCE in the COVID-19 PANDEMIC. SPECIAL DEALS for ALL MUSLIM NHS WORKERS and MOSQUES.

‘The Muslim law of inheritance comprises beyond question the most refined and elaborate set of rules for the devolution of property that is known to the western world’ – Professor Almaric Rumsey (1825-1899) of King’s College, London.

It is a sad fact of life that, as I write, the COVID-19 Coronavirus has killed almost twice as many British Muslims as one might expect if all things were equal. And that disproportionate death-toll is not just in the general population but amongst the NHS professionals who are the crack front-line troops in the battle against this largely-indiscriminatory disease.

What can be done? Well there is going to be a public inquiry into why this is happening. Though it may well be that COVID-19 is more dangerous to those with Asian DNA in the same way that it appears to be worse for patients with blood group A. ln the meantime the cause or causes of heightened risk for Muslims is almost academic. Because all we can do is fight it together, with Muslims and non-Muslims shoulder-to-shoulder. One cannot run away. Indeed the Prophet Muhammad very sensibly advised us (and I have to paraphrase his words because I have yet to master Arabic): “If you hear of an outbreak of plague in a land, do not enter it; but if the plague breaks out in a place while you are in it, do not leave that place.”

Well there is indeed a plague in our land. And there’s no way we’re leaving it. Some of my most capable colleagues are British-born Muslims although we are pretty-much a multi-faith bunch! So we’re all in the same boat here and there is no leaving this place. But we can act intelligently to counter the disease and to deal with its worst effects, if they occur, in line with what Islam dictates. Moreover I can tell you, of course, how my Muslim colleagues can assist you quickly and effectively to organise your affairs. This way, in the event you become one of those unfortunate statistics (we never expect to be amongst those statistics do we, because it is always somebody else who is?) we can make sure that your will and/or trust (every Islamic will has a discretionary trust anyway) looks after your family and loved ones in keeping with your responsibilities to them and to Islam.

GOING ABOVE AND BEYOND OUR STATUTORY RESPONSIBILITIES TO ISLAM

As you will realise, the secular nature of the UK (which effectively means everybody is to be respected whatever their faith or if they have none) dictates that Muslim needs must be properly catered for. That is not just an obligation to which we pay lip-service (the British Government recognised back in 2014 that it needed to allow something of a parallel legal system; see has, to an extent, demonstrated some flexibility in this regard – see www.telegraph.co.uk/news/religion/10716844/Islamic-law-is-adopted-by-British-legal-chiefs.html). Goodwills has long since chosen to employ lawyers who implicitly understand the Islamic world, from both Sunni, Shia and Ahmadi perspectives, and who can therefore offer a very personal and empathic service to fellow believers.

Yet all of us at Goodwills, even those who are not Muslim, are familiar with some of the fundamentals which makes Islamic wills different. Indeed I’ve already written a blog which outlines the service Goodwills provides for Islamic wills. See www.goodwills.net/islamic-wills/ (which talks about some of the fascinating differences my colleagues have told me about in respect of Sunni and Shia wills). There’s also a piece, soon to be upgraded, at www.goodwills.net/wills/islamic-wills/. And we’re planning on writing something about the Ahmadi perspective too. In short we know what we’re doing! But, obviously, we need to!

GOODWILLS CAN AND WILL DEAL WITH THE COMPLEXITIES

At the top of this blog I mentioned Professor Almaric Rumsey and his statement that ‘The Muslim law of inheritance comprises beyond question the most refined and elaborate set of rules for the devolution of property that is known to the western world’. You should realise that, although Rumsey was not a Muslim himself, he was a globally-respected Indian barrister and scholar who knew the Islamic laws on inheritance inside-out. Of course in the mid-to-late 19th century, when he was working, India (which today is only 14% Muslim) had neither won its independence nor been divided to form Pakistan (as a 99% Muslim state) and then Bangladesh (90% Muslim). So he’d be expected to be familiar, as a practising lawyer, with Muslim mores.

Thankfully in the 20th century Goodwills has the wherewithal to use information technology Rumsey lacked in order to emulate his expertise and deal with the complexities as he would. In that way we can promptly and affordably help today’s Muslim clients by writing and storing their wills, then executing them, in order to help them to distribute whatever wealth they have after their deaths and thus discharge their unequivocal obligations to Islam. I should add that we can also assist with the probate system too, which boils down to settling any queries about a will after death.

A WORD OF WARNING. DON’T DIE INTESTATE BECAUSE BRITAIN’S LAWS WILL NOT THEN DISTRIBUTE WEALTH ACCORDING TO ISLAMIC TRADITIONS

Please remember that Muslims who die intestate (i.e. without leaving wills) are subject to the same British laws as everyone else. Moreover they are deemed to have failed to observe obligations to Islam. The most important of those states that ‘It is the duty of a Muslim who has anything to bequest not to let two nights pass without writing a will about it’.

SPECIAL DEALS for ALL MUSLIM NHS WORKERS and MOSQUES

Goodwills is already organising the following:

· Special deals for all NHS workers. That’s everybody with NHS identification including not only senior management and consultants but the rank-and-file nurses, porters, caterers and cleaners who are currently putting their lives on the line to look after others. We can organise basic wills for just £10 under the circumstances

· Online wills (coming soon but feel free to ask us about them now; you’ll hopefully be able to complete these online and witness by Skype, Zoom or similar)

· Special deals for mosques. So we return a proportion of our fees (currently 20%) to the funds of any mosques which introduce new clients to us from amongst their congregations. Indeed we also invite new clients to nominate their own (or favourite) mosques, knowing that they are all involved in great projects to help the needy, so that we can organise and document a charitable donation.

The upshot of all of the above is Goodwills knows, because it has an Islamic will team, much more than most. And it can knowledgeably advise clients on how to comply with Islamic teachings – whatever the sect – without accidentally contravening British legislation that could potentially invalidate a will.

So I always advise people to pick up the phone and have a chat with Goodwills. We’ll be able to give some quick advice free-of-charge and then (if we agree it sounds like the basis of us working with them to draw up, safely store and execute an Islamic will) we can sit down together and hammer out a solution that makes great sense.